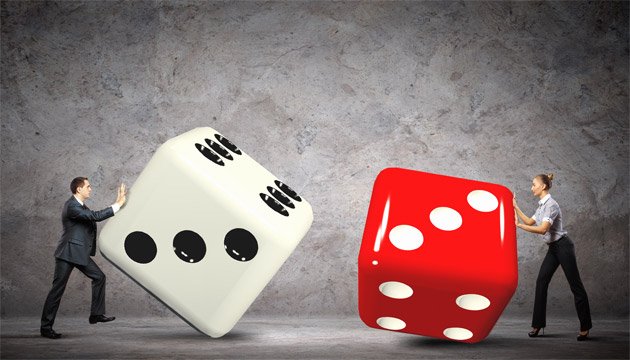 It may sometimes seem like there are things that are out of control in your business, and other things that happen out of plain dumb luck. You may even find yourself wondering if you’d rather be lucky than good. To give some perspective on the odds of luck determining your success, I’d like to share one of my favorite business stories.

During WWII, there was a rubber shortage in this country because we used to get most of our rubber from Asia and, well, there was a war going on there at that time. So the U.S. War Productions Board put out a call for American companies to try and create a synthetic rubber for use in gas masks, tires, bumpers, etc.

As a result, a scientist at GE ended up inventing a rubber-like substance that almost fit the bill, except not. It stretched, pulled, bounced, and even snapped in half when pulled too hard. Unable to turn the stuff into tires and such, GE sent it around the world to different people to see if someone could come up with a use for the strange substance they dubbed, “gupp.” No one could.

Four years later, a professor at Harvard decided to bring his sample of the gupp out as a curiosity to share at a party he was having. It was there that an out of work ad man named Peter Hodgson saw all of the adults playing with the substance, and he decided it would make a great…toy. Hodgson borrowed $147, bought the rights to the gupp from GE, put it in little plastic eggs and renamed it Silly Putty. Hodgson was sure he had a hit and was even able to get his putty into a few stores. He sat back and waited. And waited. And waited.

Silly Putty was a total flop.

That is, until a few months later when a writer for the New Yorker stumbled upon it at the Doubleday Book Store in New York City, bought it, loved it, and wrote about it in the magazine. Hodgson’s worries were over. He received over 100,000 orders in the next few days, and when he passed away decades later, the once destitute Peter Hodgson left an estate worth more than $140 million.

So was Peter Hodgson lucky, or good?

Well, it was both, wasn’t it? He was smart and savvy enough to see a product where no one else did, but it was luck that the right person bought the putty and could and did write about it.

So, was it just luck?

The fact is, Hodgson put himself in a position to be “lucky.” Yes, the article about his toy got him over the finish line, but it was his hard work and ingenuity that got him close enough to the end zone that he was able to take advantage of his break when he got it.

So let me suggest that it is not just dumb luck that gets someone ahead. Sure, sometimes it is, or at least it seems like it is, but more often I think the answer lies in this quote from the Roman philosopher Seneca:

“Luck is what happens when preparation meets opportunity.”

I know that I personally have been very fortunate in business. Is it luck? Yes, to a degree, but it is also true that I never tire of throwing ideas against the wall to see which ones will stick. Far, far more don’t stick than do. If an outsider happened to be looking when one of my ideas hits, they would say I am lucky. Yet someone else, looking at a different moment, might conclude I am unlucky, given the number of ideas that don’t fly. And someone else might conclude, rightly I think, that I am simply persistent.

So yes, it is better to be lucky than good, but let’s keep in mind the wise words of Thomas Jefferson:

“I’m a greater believer in luck, and I find the harder I work the more I have of it.”